ICP in the media: Article No. 2

Today’s post looks at how Jenny Chambers, our Founder, started to raise awareness of ICP. With no internet or social media 30 years ago, it was a case of ringing newspapers and trying to get them interested in what you had to say. In Jenny’s case, the ‘hook’ was always that she had suffered two stillbirths and had a weird condition that no one had heard of! It took until 1992 for Jenny to be able to get it featured in a newspaper. 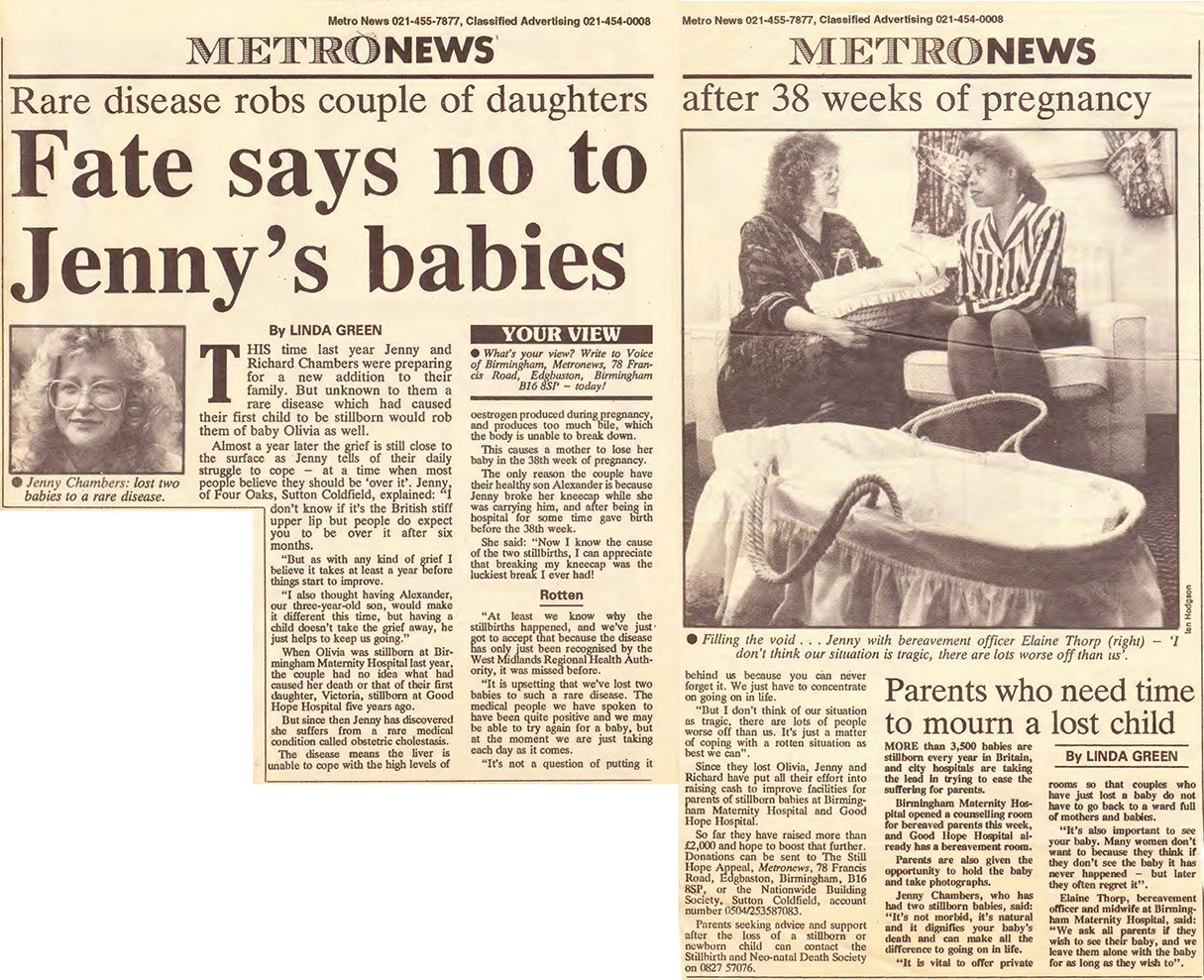