When Lauren Channing first started itching on her stomach at 33 weeks, she mentioned it at her next midwife appointment. She’d heard of intrahepatic cholestasis of pregnancy (ICP) as her sister’s friend had had it. But was told it was unlikely to be that.

‘I wondered if I was being paranoid initially and was very much fobbed off by my midwife.’

‘My midwife brushed it off when I brought up I’d been itching a lot. It was quite annoying really. She told me it was probably just my skin stretching. 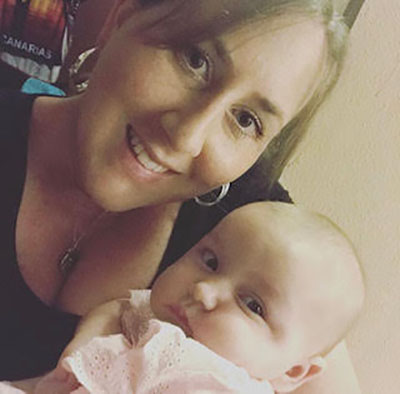 ‘So I went away and just put up with it. But then it moved from my stomach to my feet.

‘It was when I was driving one day, and had to pull the car over so I could rub my feet on the pedals that I thought this is something I need to get properly checked.’

Lauren took herself to her local Day Assessment Unit and was diagnosed with ICP off the back of her raised liver blood test and the severity of her symptoms.

‘I was prescribed urso and started taking it from then on. I was also given menthol cream, which I used to smother myself in every night before bed. As time went on, I suffered with pain under my right breast too, which after researching ICP I realised was upper quadrant pain.’

Lauren’s consultant talked to her about the need to induce women with ICP early but said that due to her low levels, they could probably hold out until 39–40 weeks.

‘I didn’t agree with that timescale, mainly because my symptoms were so horrendous. The itch was unbearable. I just wanted them to get the baby out at a safe time. I was worried about the risks, too.

‘I looked on the ICP Support Facebook group and saw that other women were advocating for themselves. So I explained to my doctors what I wanted, and eventually they agreed to induce me at 38+4.’

Things ended up taking a slightly different course when Lauren noticed reduced movements, and was induced four days earlier than planned. After three days of trying, the induction was unsuccessful so she opted for a c-section.

‘I looked on the ICP Support Facebook group and saw that other women were advocating for themselves. So I explained to my doctors what I wanted.’

‘My positive ending (as well as my daughter arriving safe and well) is that I got pregnant again and didn’t get it a second time. I know that’s really lucky as there’s up to a 90% chance of it happening again. 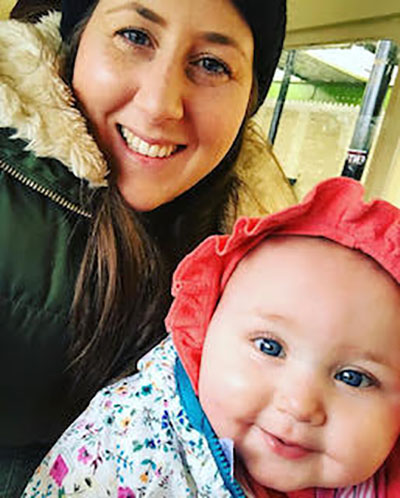 ‘Luckily for me, the itch never came back like it did in my first pregnancy. I opted for an elective section and my daughter was born at 39+4. Both my children are healthy and happy bundles of joy.

‘As for ICP, my hope is that more health professionals become aware of it. My midwife was completely unaware of what to look out for. And I could have really done with her support.’