Will ICP harm my baby? 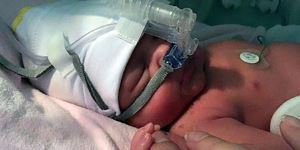 ICP gives rise to several risks to your baby.

Preterm birth is defined as delivery before 37 weeks. In ICP this may occur because labour begins spontaneously before 37 weeks or because doctors recommend induction of labour before 37 weeks (known as iatrogenic preterm birth). Currently, many doctors are recommending that women who have ICP are induced at around 37–38 weeks. However, the most recent research from Ovadia et al 2019 shows that many women can now wait until 39 weeks of pregnancy before they need to be induced. This does, however, rely on regular bile acid testing with results available within 24 hours.

The causes of spontaneous pre-term labour are still not fully understood and need further research. See our suggested guideline for diagnosis, treatment and management of ICP.

Meconium is the first poo that a baby passes. In some cases the baby may poo before it is born. This is very common if the baby is overdue, but less common if not. In ICP there is an increased risk of the baby passing meconium before delivery, even if the baby is born prematurely. However, the PITCH trial (2009) showed that there was a reduction in meconium staining of the amniotic fluid for women taking UDCA, although this involved a relatively small number of women. A larger trial called PITCHES has confirmed this. You can read more about PITCHES here.

There is also a suggestion that very high bile acids may impact on the production of lung surfactant in the fetus, which could result in something called ‘bile acid pneumonia’. This in turn increases the risk of admission to the neonatal unit for oxygen therapy (see Zecca 2004).

The most feared complication associated with ICP is stillbirth. Several studies have reported that stillbirth is more common in ICP than in uncomplicated pregnancies, but the reason for this is not clear – although as we have previously mentioned, Ovadia et al 2019 link it to high bile acid levels.

It has also been reported that the risk of stillbirth in ICP is increased if there are also other complications of pregnancy, including pre-eclampsia and gestational diabetes.