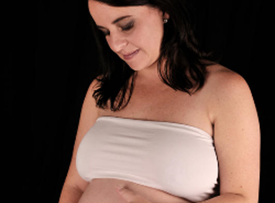 This is a really interesting and important study, as it includes women with two conditions – intrahepatic cholestasis of pregnancy (ICP) and gestational diabetes mellitus (GDM).

There is evidence to suggest that how lipid (fats) and glucose (sugars) work is altered in an ICP pregnancy. Researchers already know that lipids rise in pregnancy, but in an ICP pregnancy they appear to rise even further and the impact of this (if any) is not fully understood. In GDM women have raised glucose levels (as a result of problems with insulin production) that may require them to take medication and which can also lead to complications such as large-for-gestational-age babies and stillbirth. More recently, researchers have started to observe that ICP and GDM may overlap; why this happens is not fully understood, but could be linked to hormone-signals.

The team’s theories are that there may be a relationship between cholestasis and abnormalities of lipid and glucose homeostasis (the regulation of something) in the mother and the baby. They also wonder if the placenta plays a role in this regulation and whether some of the hormone-signals that cause ICP-associated GDM may also cause GDM in non-cholestatic women.

To be able to participate in this study you need to be over 16 and able to travel to Queen Charlotte’s & Chelsea Hospital, London. You would need to be there from 7:50 a.m. until 3:00 p.m. The team would like to hear from pregnant and non-pregnant women (but you need to have had a baby). Have a look at the information sheets, and if you would like to know more or think you may be able to take part please email Jenny Chambers: jennychambers@icpsupport.org. Contacting Jenny does not commit you to taking part; nor does it commit the hospitals to including you in the study.